Photosynthesis: The Breath of Life

Photosynthesis is a chemical process, by which plants, algae and some bacteria convert solar energy into chemical energy. Basically, the organisms take in carbon dioxide and water, and use sunlight to make glucose, thus releasing oxygen as a by-product. The organisms are able to make their own food (glucose) by capturing sunlight. Other elements, such as nitrogen, phosphorous and magnesium are also needed to complete the process.

Sunlight provides the energy needed to transfer electrons from water molecules, an essential part of the process. The electrons are extracted from water molecules and passed along a chain, and finally forced onto carbon dioxide to make sugars. Photosynthetic organisms are called autotrophs. People and animals cannot photosynthesize; they are called heterotrophs. Today, plants are the most familiar form of autotrophs, but they were not the inventors of photosynthesis.

It Started Way Back

The evolution of photosynthesis is believed to have stared about 3.4 billion years ago. It was developed by primitive bacteria, first using elements such as hydrogen, sulfur and organic acids. These early bacteria manufactured food without using water, and did not produce oxygen (a process called anoxygenic photosynthesis). This was, however, an important development in the evolution of life. 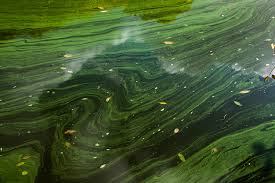 Around 2 billion years ago, a variant form of photosynthesis emerged. These bacteria lived in the ocean, used water as electron donors, and the release of oxygen into the atmosphere was the result (oxygenic photosynthesis). Photosynthesis was one of the most important developments in earth’s history. Learning to use sunlight to produce food took advantage of an endless supply of energy.

The introduction of free oxygen into the atmosphere was a game changer for all life. For some microbial life that existed then, oxygen was a toxin; this led to a significant extinction event. However, it opened up new opportunities for complex life to evolve, which it did. Oxygenating the atmosphere was an extremely slow process, as it took in the range of 1 billion years before complex life emerged.

How Did Plants Acquire the Ability to Photosynthesize?

Inside the cells of plants there is a separate compartment called the chloroplast. The chloroplast contains the green-colored pigment chlorophyll, which absorbs blue and red light. These are the wavelengths used in photosynthesis. The green wavelengths are deflected out, and that is why plants look green to us. In the chloroplast a number of complex interactions occur to produce food for the plant cell.

The chloroplast originated from primitive bacteria. In fact, in an earlier period chloroplast were bacteria, which eventually formed a symbiotic relationship with more complex cells. This relationship was the beginning of plant life on earth. It seems that the complex cells took advantage of the bacteria in order to get a free lunch. However, there was probably a benefit for the bacteria as well, perhaps the protection of an outer membrane or some other survival advantage.

Photosynthetic organisms are the original source of oxygen and food for other life forms. If not for plants, there wouldn’t be any food for animals to eat. So the food chain in any ecosystem begins with photosynthesis. The food chain starts with plants, which are consumed by herbivores; the chain continues with carnivores and omnivores.

The earth’s atmosphere contains 20.95% oxygen and .039% carbon dioxide. The remainder is mostly nitrogen (78.09%). What concerns us here is the oxygen/carbon dioxide relationship. Most of the oxygen is provided by terrestrial green plants and microscopic phytoplankton in the ocean (they consume carbon dioxide and release oxygen). Non-photosynthetic organisms, like humans, animals and fish do the opposite (they breathe in oxygen and breathe out carbon dioxide).

Oxygen and carbon dioxide are continually recycled into the air. Life as a whole has evolved to function with the present mix of oxygen and carbon dioxide. What we don’t know is how delicate the balance is and if human carbon emissions will drastically change the balance. Scientists know that the atmosphere has changed significantly over evolutionary time; the result being the extinction of some species and the evolution of other species.

Given that life has created and maintained the atmosphere for billions of years, it will no doubt continue to do so. Life as a whole is safe. The questions for humans are: What are the long-term implications of releasing more carbon dioxide in the atmosphere? Which species will adapt successfully? And whether the atmosphere is changing in a direction that is less favorable for us?

Earth and Sky, How much do oceans add to world’s oxygen? June 8, 2015. http://earthsky.org/earth/how-much-do-oceans-add-to-worlds-oxygen