Horizons Out of Reach

Imagine you are walking on a terrain of rolling hills; in the distance you can see the horizon. Beyond that point you don’t know what you’ll find. When you arrive at the crest of a hill a whole new landscape appears with its own horizon. This is a common metaphor used to show how knowledge is usually acquired. Each horizon reached often presents another horizon (or question) in the distance.

The story of science is one of impressive discoveries. Many horizons have been reached, but many more are yet to be encountered. No one knows how far we can go and what we will find. I hesitate to limit what might be possible, because science has surprised us time and time again. If the human race survives long enough, is there anything we can’t find out? I would think that there are some questions we will not be able to answer, but which ones? One should think long and hard before ruling anything out, which I have done. For what it’s worth, I am left with two questions which appear out of reach. I’ll get back to this later but first a little context.

At present the knowledge base is immense, but it had to be acquired. Imagine going back 100, 500 or 1,000 years and contemplating the future. It’s possible that some future discoveries could have been predicted. However, there are other findings that few saw coming. It is practically impossible to provide a full account of impressive scientific discoveries. However, there are some that immediately stand out. What follows has been mentioned in prior blogs of mine; think of it as a short list of scientific highlights:

Of course the list above could be significantly longer and still fall short. However, I present it just to give you a feel for how knowledge, particularly scientific knowledge, alters our perception of the world. It is debatable how many past discoveries could have been foreseen; nonetheless one can imagine some horizons in the distance which may be attainable. For example: figuring out how life on Earth got started, or the discovery of life elsewhere in the universe. Closer to home, perhaps finding a cure for cancer (or most cancers), and maybe even weather forecasting weeks or months in advance. No one knows for sure which findings are coming, but I feel fairly certain that at least two questions will remain unanswered.

The two questions I am referring to are as follows: 1) Why is there a universe in the first place?  2) Why is the universe the way it is and not some other way? Another question which I feel I must address before moving on to question 1, is this: Why is there something rather than nothing? You’ve probably heard this one before, and it is similar to question 1. However, I find this to be a peculiar question and here’s why. First let’s define what is meant by nothing. If by nothing, one assumes the absence of everything, then nothing is a non-entity. In other words, how can nothing be a reality if by definition nothing has no existence. The question gives us two options, something or nothing and it seems to me that something is real and nothing is not. By this logic one could conclude that there has to be something, but why a universe? 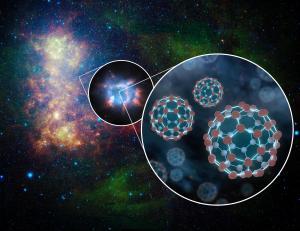 For some, the existence of the universe doesn’t seem to be a big problem to solve. The standard answer is that God created the universe and that’s it. However, I can’t help but ask two simple follow-up questions: a) Why is there a God in the first place? b) Why is God the way he (she, it) is and not some other way? Do you see how this works, by inserting God as the explanation for the universe we’ve circled back to where we started. In essence the questions are identical. We have merely moved the starting point from the universe to God.

Another approach is to examine the possibility of a multiverse. There are scientific reasons that suggest that other universes may exist, but that is as far as it goes.  Although the multiverse is theoretical, it may shed light on question 2. Why is the universe the way it is and not some other way? If multiple universes actually exist, it could be that all possible universes exist, therefore it is not surprising that at least one universe is like ours. Although the multiverse idea is somewhat satisfying on the surface, it has its problems. For starters, it does not address question 1. Why is there a universe in the first place? It says nothing on why there would be a multiverse in the first place.

There is also the problem of testing the multiverse idea scientifically. How can we ever verify something outside the boundaries of our vast universe? Hypothetically, even if our science advanced to a point where universes outside our own could be detected, how could we know the full-scale of a multiverse? We would likely be unable to determine how many universes exist in total. Ultimately that’s where I think the multiverse idea falls short in terms of answering question 2. Why is the universe the way it is and not some other way? If we can’t know how many universes exist in total, we can’t explain why our universe is the way it is and not some other way. All possible universes have to exist in order for the multiverse to the job. Or at the very least, it would take an extremely high number of universes.

Why is there a universe in the first place and why is the universe the way it is and not some other way? I have thought about these two questions philosophically, religiously and scientifically and have made little progress. Each approach gains momentum only to fall short. There are undoubtedly still many horizons within our reach and it will be interesting to see what lies ahead. That being said, I have to conclude that there are at least two horizons that seem to be hopelessly out of reach.

2 responses to “Horizons Out of Reach”