The Tower of Knowledge 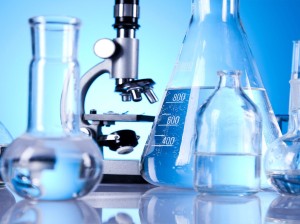 When a theory stands the test of time, usually without change, it is sometimes called a law. However, in this day and age scientists are reluctant to use the word law; they tend to stick to the word theory, allowing for the possibility that it could be changed. The scientific endeavor by its very nature is self-correcting; the book is never completely closed. At the end of the day, we can be confident that the knowledge learned from the various fields of science is the best available at the time.

Science is an active field; research and discovery is ongoing. Consequently, the knowledge base changes from time to time. At this point we are far along in the process. The traditional method of doing science has revealed a great deal of nature’s ways. We know a lot, but there is still more to learn. Recently, theoretical physicists are bending the rules, as they probe into the most extreme limits of nature. For instance, at the very small and large scales, experimentation is not always possible. Therefore, in some situations, mathematics and reasoning are replacing the time-tested methods of observation and experimentation. This is a contentious issue among some scientists. However, it may be that as we peel the layers of reality, the final layers will only be accessible through reasoning. Similarly, any science that is being worked on is also incomplete until it is experimentally confirmed. Nevertheless, established scientific knowledge has been assembled over the years by observation and experiments.

Only when claims are universally accepted by the scientific community are they recognized as scientific facts. This knowledge is built somewhat like stacking bricks, where each scientist builds on the work of other scientists. It is not always necessary to reinvent the wheel, but rather to use the wheel to advance its purpose. In this way, scientific knowledge depends on new discoveries, but also expands on established facts. Over many years, the scientific endeavor has built an indestructible tower of knowledge. It was built by arguably the most intelligent minds that humankind has ever produced. Men like Galileo, Newton, Darwin, Einstein, and many others have dedicated lifetimes towards advancing the scientific knowledge of their time.

This tower of knowledge was built partly in isolation. Small groups of scientists working in specialized fields have added their individual brick. In other situations different fields overlapped, thus joining seemingly unrelated phenomenon into more complete theories. For instance, the theory of evolution is supported by biology, genetics, geology and paleontology. Each separate field provides a unique set of details that can be applied to a larger scheme. Scientific discovery is mainly about details. The only way to get to the bottom of things is by detailed analysis, however, when science is presented to the general public those details are not always necessary. In some cases, the details are incomprehensible to the untrained mind. Nonetheless, the majority of people have confidence that the research was comprehensive, and the conclusions are sound. They accept the individual bricks as factual information, which many aspects of their daily lives are dependent on.

For example, if you needed a blood test for some medical reason, even though you knew nothing about the science of blood analysis, I doubt that you would question the results. You may question the competency of the person conducting the test, but not the underlying science behind the results. Another similar example is the confidence that people have in the science behind computers and other information technologies. It is true that computers break down on occasion. This is due to the mechanical nature of the device, not the fundamental scientific principles in which it operates. If the science could break down, well then, it wouldn’t work at all—it would never work. There are even cases when we trust science when our observations indicate something totally different. For instance, we trust that the earth orbits the sun, even though it appears to us that the sun is orbiting the earth.

Sometimes I question whether the same trust is held for the big picture (the whole tower), as it is for each isolated piece of information (the individual bricks). When it comes to life’s big questions, and when many factors are considered, does science play a significant role or do you turn elsewhere for answers? I suspect that for many, emotions, intuition, individual beliefs, or religious concepts trumps science in the big questions. It is quite common to keep two sets of books, one for everyday life, and another for the big picture. It is possible that for many, the task of coming up with a comprehensible view of reality based on science is overwhelming. Therefore, it becomes simpler to turn to other means. It may be simpler, but is it as accurate?

When it comes to understanding the nature of reality, it is only when we can see the connections between the different fields of science that its full value can be appreciated. I am not referring to rocket science, or brain surgery here, however, I am sure that plenty can be learned from those fields. I mean basic science that is within the grasp of most people. I believe that science has the potential for much more than providing facts and information. Science can be the foundation for a much deeper understanding of reality and of our lives. The scientific endeavor by its very nature can be trusted to separate the known from the unknown. And that is a good place to start. 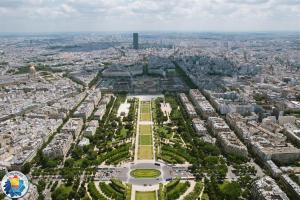 The towering structure of scientific knowledge is what is known; what is unknown hasn’t been built yet. The question that comes to my mind is this: How many people have actually bothered to climb the tower? Let’s take the analogy of the tower one step further. Imagine for a moment that the tower is located somewhere in a large city, and that we decided to climb to the top. The view from above would be breathtaking. It would not resemble the restricted view that we observed from the ground. From the top of the tower we would get a feel for the whole landscape. We could make out the structures and layout of the buildings; the outline of the streets; the movement of vehicles and people throughout the city.

This is the overall view of science I am referring to—the interconnections and patterns that can only be seen from a wide perspective. From this vantage point, everything blends together, and things are not as separate as they had appeared from the ground. This is the view of reality that science can provide.

This entry was posted in General Science. Bookmark the permalink.

One response to “The Tower of Knowledge”