Descartes’ Famous Phrase: “I Think, Therefore I Am” 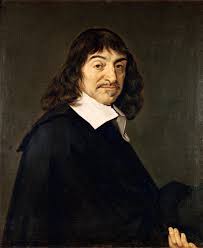 René Descartes was an influential figure in the scientific revolution, and is considered to be the founder of modern philosophy. In 1637 Descartes wrote his well-known phrase: “I think, therefore I am.” He wrote this to rescue himself from doubt (the doubt of his own existence). He equated thinking with existing; therefore the awareness of his thoughts meant he was certain he existed. Descartes believed that the senses were unreliable, and ultimately, it was through the mind that one could arrive at the truth. Only reason could ascertain what was fundamentally true. He used examples such as: to the senses a stick in water appears to be bent, and the sun and the moon appear to be the same size.

For Descartes, doubt was central to his method of acquiring knowledge. He would tear down an idea through doubt and skepticism, and see if anything survived. His system has a likeness to the modern scientific method, as nothing is taken for granted. A hypothesis needs to be verified by tangible evidence in order to become accepted as knowledge.

He even went as far as imagining an evil demon, which created an illusion of the outside world and his own body. He concluded that if the deception was real, the fact that he was doubting his existence meant that someone was doing the doubting. Descartes concluded that the one thing he could know with absolute certainty was that he was thinking.

If we break up the phrase we see that Descartes’ statement is only a partial truth. To be aware of ones thoughts, there must be another dimension of consciousness apart from thought (something to witness the thoughts). The “I think” is separate from the “I am.” This was the insight of 20th century philosopher Jean-Paul Sartre when he examined Descartes’ statement.

To be thinking one must first be conscious. Although neuroscience is still trying to decipher the nature of consciousness, scientists are proceeding with the assumption that the secrets lie within the brain. Our experience is largely influenced by the activity in the brain. As it relates to consciousness, our thoughts are similar to our senses, as contributors to consciousness. Our thinking brain is a tool (a very valuable one), but it is not the totality of our existence.

The Power of Unconsciousness

There is still another level of existence that requires no thoughts or awareness. This is the unconscious processes that underlie all of existence, including ourselves. As familiar as conscious experience is to us and as complete as it feels, ultimate reality is much deeper. We generally accept that much of the world around us is without consciousness. For example, inanimate substances, plants, water, air, etc.

When it comes to humans (and animals to a lesser degree), we see ourselves as sentient beings. Yet consciousness emerges from a collection of unconscious processes. Focusing only on physiological functions, we can see how this works: we are unaware of our cells, blood, hearts, neurons, hormones, nerves and other bodily functions. Yet they all play a role in creating our experience. Clearly the brain has some critical input in regulating these activities, but that is mostly the unconscious brain.

It seems that Descartes’ conclusion was in effect describing the outer layer of self-awareness. Like an onion, the “I think” is the outer skin. The “I am” (consciousness beyond thought) is a deeper layer. And the core (unconscious life) is essentially the source that gives rise to experience, or as Descartes would have called it, existence. You could also say that Descartes was identifying solely with his thoughts. His sense of self was derived by his thinking mind, but he was much more than that.