The Birth of Science 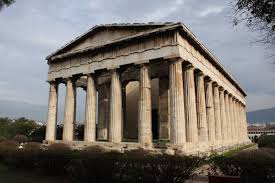 The origin of science is generally credited to the ancient Greeks, starting around 500 BC. There were surely other civilizations that applied scientific thinking, as cultures often evolve similar methods independently. It is well-known that other cultures tracked the motion of the stars and natural cycles. For example, Stonehenge and the Pyramids at Giza are aligned according to solar alignments at specific times of the year. In order to build these and other ancient sites, some fairly advanced technology would have been required. It is also possible that some discoveries and knowledge have been lost through the ages. One can conceive a number of ways this could happen, such as poor documentation, political strife, religious suppression and various conflicts.

What to Make of Cause and Effect?

For much of ancient history, there were essentially no recognizable patterns in nature. No cause and effect mechanisms could be discerned from the random and chaotic events that surrounded humans. Gods were assumed to be in control of nature, and humans could gain favor or disapproval from the Gods. When the Gods were pleased people experienced fine weather, peace, plentiful food and health. When the Gods were displeased people suffered from disease, war, famine and natural disasters. The only form of cause and effect that they considered was how their actions appealed to the Gods.

The birth of science occurred when patterns in nature began to be recognized and attributed to natural laws. This was a huge shift in thinking, which considered explanations outside the realm of the Gods. The idea that the world could be explained by physical principles (partly accessible to humans) has had a long an arduous road. It is easy to see how this would have met resistance, as it has to this day in some circles. Nevertheless, the Greeks were the first to systematically document ideas that resembled modern science.

The Seeds of Science

The classical period in Greece is famous for influencing the development of western civilizations, including scientific thought. The region of Ionia, a colony of Greece located across the Aegean Sea, was the birthplace of Greek science. Thales is believed to be the first person to accurately predict a solar eclipse, one that occurred in 585 BC. It is uncertain whether he actually made this prediction, but the fact that this story exist shows that the Ionians were thinking scientifically. 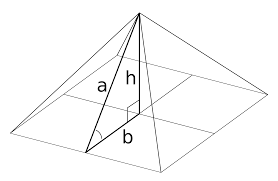 The Pythagorean Theorem also originates from Ionia, stating the mathematical relationship between the three sides of a right triangle (the square of the hypotenuse is equal to the sum of the square of the other two sides); the theorem is named after Pythagoras. He is also credited for having calculated the relationship between the length of a string and the specific sound it makes in a musical instrument. Archimedes discovered laws governing levers, buoyancy and light reflection. And perhaps the greatest insight came from Democritus, who proposed the existence of atoms as the fundamental particle of matter. Democritus reasoned that if you cut an object into piece, there would be a limit to the process. The word atom means “uncuttable.”

The Greeks developed some advanced concepts in geometry, which was their main form of mathematics. Other disciplines such as algebra, trigonometry and calculus, would only come many years later. Science being still in its infancy, they made little headway in describing actual natural phenomena using mathematics. Today, mathematics can be viewed as the language of science, as it is the cornerstone of many scientific theories.

The Absence of a Scientific Method 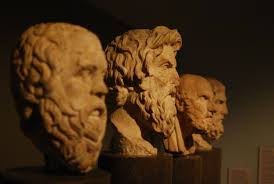 The early scientists were as much philosophers as anything else. In fact, the term scientist was only coined in the 1800s (previously they were called natural philosophers). The Greeks’ method for describing patterns and principles in nature was mainly through reasoning. In other words, they had the idea that natural laws existed, but had not yet devised a method for testing them. Either they did not see it necessary to provide experimental evidence for their conclusions, or they believed it was fundamentally beyond their capabilities to do so. Or maybe they thought it was sufficient to understand the world by reason alone.

Although the Greeks were developing scientific ideas, there were disagreements, specifically because there was no way to settle conflicting ideas. According to Stephen Hawking and Leonard Mlodinow in The Grand Design:

Clearly the cyclops is an exaggeration to make a point. But the fact is that explanations about the physical world were a matter of opinion, and based on an individual’s line of reasoning. There was no objective truth. Aristotle saw little need to test his theories. His approach was focused on why nature behaved in certain ways, rather than how nature behaved as it did. The term natural philosopher was fitting for the time.

Even though predictable patterns were being noticed, an idea persisted that nature had intentions. It was up to man to figure out what those intentions were, or what rules nature followed. There seemed to be an uneasy relationship between physical reality and some form of higher power. Perhaps they were trying to replace the Gods as an explanation for the world, but they had not yet achieved the means.

Modern science is done by observation and experimentation. Any scientific theory is only validated when data shows that a prediction about nature is indeed true. Modern science tries to understand how things happen, and gives little attention to why things happen. In ancient times the scientific method had not yet been devised, and there were no clear road maps that showed scientists the way forward. In his book, To Explain the World, theoretical physicist and Nobel Prize winner, Steven Weinberg comments on the mindset of early scientists:

If this was true about scientists of past centuries, it was especially true during Classical Greece. From a standstill, ancient Greece broke the inertia and set the wheels in motion towards scientific discovery. Given rudimentary mathematics and insufficient tools for making precise measurements and observations, their insights were impressive. However, much of their ideas lay dormant for centuries following the fall of the Greek and Roman Empires, only to be revived or rediscovered later. The scientific torch would be picked up at the turn of the first millennium in the Middle East, and continued 500 years after that in Europe (it has become known as the Scientific Revolution).

What the Ancients Knew – Greece (Published on Dec 30, 2012), https://www.youtube.com/watch?v=nJRFLXBlsmA