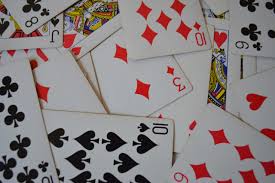 Much of our lives are affected by random events; however, we are not fully aware of them. How could we, there is just too much randomness to keep track of. Despite our best efforts to reach our goals, we can’t eliminate the role of chance and unpredictability. We know that randomness exist, but to what extent? That is when a keen understanding of probabilities can be helpful. Calculating probabilities can determine a course of action and set realistic expectations for outcomes.

The insurance business is built on probabilities, which predict how often unforeseen events occur. That is, unforeseen for one particular individual, but almost a certainty for someone in a large group of people. For example: houses will burn down, cars will crash and people will die unexpectedly; we just don’t know who and where. Unfortunately, insurance cannot protect us from something bad happening (even the things we buy insurance for).

We like to think that we are in control of our lives. We tend to focus on intentions and give credence to willful actions or direct causes. Most of the time, when something works out for us we are eager to take credit. When something does not work out, we find fault by blaming ourselves or others. But I don’t think it’s that simple; success or failure is partly the result of chance (maybe as much as effort). Chance, however, does not mean that all outcomes have an equally chance of happening. Some outcomes are more probable than others, and sometimes it can be calculated.

How Do We Quantify Chance

Problems arise when situations get more complicated. For instance, how many different possible outcomes are there for a 7 game series between 2 sports teams? From one team’s perspective, one outcome could be: win, win, loss, loss, win, loss and win. Like most probability questions, it can be calculated, but the answer is not immediately obvious. Assuming that all 7 games are played, there are 128 possible outcomes. In reality the outcomes are less, because after one team wins 4 games the series is over.

In fact, intuition is usually misleading. Why is that? 1) Humans are good at recognizing patterns, and often find patterns when there are none. 2) We tend to give more weight to recent events and stronger memories. 3) We are bias and notice what we look for. 4) Short-term results don’t always match actual probabilities, which will show up in larger sample sizes. The following are examples of how scrutinizing randomness can reveal surprising results:

Imagine you are trying to predict the outcome of a coin toss. You toss the coin 5 times and it turns up heads every time. On the sixth toss, would you be inclined to call tails? Or with a number of people predicting the next toss, would there be more calls for tails than heads? If the answer is yes to any of these questions, someone has fallen victim to the gamblers fallacy.

The gamblers fallacy is the mistaken belief that if something happens more often than normal in a time period, it will happen less often in the future. It’s a belief that odds will even out, which is true in the long run; however, it will not bear out in the short run. That’s the difference between the Law of Small Numbers and The Law of Large Numbers. Although the odds of a coin toss are 50/50, a small sample size will often show a large dependency in heads and tails (The Law of Small Numbers applies). Conversely, a large number of tosses will come out very close to 50/50 (The Law of Large Numbers applies). For odds to accurately reflect reality there needs to be many events. A run of consecutive heads in no way changes the odds for the next toss.

In the coin toss scenario each result is independent from each other. Therefore, the odds of getting six heads in a row are 1 in 64. It’s also the same odds of getting 5 heads and 1 tails (in that exact order). This means that no matter how many times you toss, the odds are always 50/50 on the next toss. This is important, because the gamblers fallacy does not apply in dependent events. That’s when one result truly influences a future result. For example, when an ace turns up in a game of black jack, then there is less chance of an ace showing up on the next card. By removing an ace from the deck there are fewer aces left and the odds are really less of drawing another ace. As long as the cards are not reshuffled, your intuition of expecting cards that have not shown up would be correct.

Let’s Make a Deal was a popular TV game show, which air in 1963 and ran for many years. The host was Monty Hall, and here is the problem: Monty Hall gave a contestant a choice, pick 1 of 3 doors. Behind one door was a valuable prize, and behind the other two was something far less valuable. Let’s say the contestant was playing to win a car. After the contestant picked a door (for example door #1), the host (who knew where the car was) opened one of the two remaining doors. Monty always opened a door with a dud prize (for example door #2).

This is the point when the Monty Hall Problem arose. He gave the contestant the choice to change his/her mind. Should the contestant stick with door #1, or pick door #3. Without careful analysis, it seems that it makes no difference. Both door #1 and door #3 have an equal chance of winning the car. However, that is incorrect. The probability of winning is twice as high if the choice is switched.

The reasoning is very simple, yet it eludes many people. With the original choice, the odds are 1 in 3 that the car is behind the chosen door. That means that it’s 2 in 3 that the car is behind one of the other doors. When the host opens one of the dud doors (which he already knows has a dud prize), he is giving new information. He has eliminated one of the bad options. Therefore, there is a 2 in 3 chance of winning the car by switching doors (for example door #3), but only a 1 in 3 chance of winning by staying put.

We can exaggerate the game by imagining 100 doors. The contestant chooses 1 door and the host opens 98 doors without revealing the car. Remember that the host knows where the car is. The obvious choice here is to make the switch. There is only a 1 in 100 chance that the first choice is correct. That means that there is a 99 in 100 chance of winning the prize by switching doors.

If you are hosting a party, what is the likelihood that two people will share the same birthday? Worded another way, how many people need to show up for the odds to be higher than 50%? Once again, intuition is shaky. One would think that the number would be quite high, as there are 365 days in a year. The answer is surprisingly low: just 23 guests will give a better than even chance of two people sharing a birthday.

My three examples above are fairly straight forward. Life is not as simple. Although we tend to feel responsible for the events in our lives, we should not underestimate the role of chance. Of all the possible outcomes, we don’t know how each day will turn out. We clearly can’t predict what will happen in life; however, there are isolated situations when information can help us determine the most probable outcomes. We need to figure out which facts apply and which facts do not apply. And unless we think it through, we can easily be fooled by surface information. Probabilistic thinking requires that at times we set our emotions and intuitions aside and let the numbers take over. Sometimes the numbers will reveal surprising results.