The Puzzle of Consciousness

Our conscious experience is so commonplace that we seldom think about how remarkable it is. How does the mind integrate all the sensory information into one coherent picture? How does it seamlessly update the information from moment to moment? How does the perception of the self emerge? The brain is one of the last frontiers of the scientific endeavor. Much research has been done in identifying different parts of the brain and their functions. Although a large amount of progress has been made in connecting behaviors with specific brain activity, consciousness remains elusive. There is still no well-established scientific theory of consciousness. 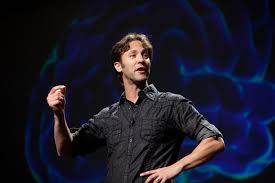 Neuroscientist David Eagleman provides an interesting angle to the puzzle of the mind. Rather than focusing solely on an orderly brain map with clear correlations of cause and effect, he views the brain from a holistic perspective. In an excerpt from This Explains Everything, Eagleman writes:

“It [the brain] possesses multiple, overlapping ways of dealing with the world… It is a representative democracy that functions by competition among parties who all believe they know the right way to solve the problem.”

Eagleman is referring to mental functions, yet the concept can also be applied to consciousness. If I had to make a general comment on consciousness, I would say that, “Consciousness emerges from or is the result of multiple processes of the mind and body.” Still it goes further than that.

Some would say that a part of consciousness resides outside the brain, something like a soul. I would partly agree as we have to account for the world beyond ourselves. Consciousness is an emergent property (greater than the sum of its parts), which also includes the outside world (something to be aware of). In a way, consciousness is non-local, as it is the integration of the brain with the outside world. That being said, I am not going to attempt to explain consciousness. However, I hope I can shed some light by analyzing it further.

Waking Up with Sam Harris – The Light of the Mind: A Conversation with David Chalmers, Sam Harris, Published on Apr 18, 2016. https://www.youtube.com/watch?v=qi2ok47fFcY

Dan Dennett: The illusion of consciousness, TED, Uploaded on May 3, 2007. https://www.youtube.com/watch?v=fjbWr3ODbAo